Realize Speed, Efficiency and Savings by Modernizing Your Network

Realize Speed, Efficiency and Savings by Modernizing Your Network 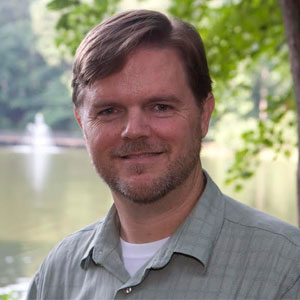 The IT networking world evolves at warp speed, and it’s imperative to make sure organizations are prepared to keep the pace and tap into the latest, fastest networking innovations. Modernizing your network can spell savings for an organization, whether those savings are a result of improved efficiencies, more secure data, or the flexibility offered in the cloud.

Some of the efficient ways to see a rapid return on your networking investment fall into these areas:

You can never have too much bandwidth. With computing power increasing, video exploding, social media pervasive and applications moving to the cloud, expect to double your bandwidth approximately every two years. The good news is that the cost of bandwidth is decreasing fast enough to make this affordable. But plan ahead to make sure you’re in a position to keep up.

Start with your last mile because diverse paths are key. You want a last mile technology that gives your path diversity, like a SONET ring. Many service providersrun SONET to the street and then a single point of entry into your building. Make sure you have diverse paths throughout the entire journey from dual entry/exit into your building all the way to the POP. It’s important to have strong vendor relationships with spare capacity in the ground that can be used for future needs.

Automation will allow requests to be fulfilled with zero-touch provisioning, or with a simple approval in cases where security and compliance are important

Order burstable circuits that provide extra capacity but are charged based on usage, and protect against major surges with services like DDoS protection.

When it comes to the network, there are a lot of complex technologies and protocols available to fix problems. Anetworking company sales engineer once told my team, “Don’t implement anything that you can’t explain to Tech Support in fiveminutes at 2a.m.” That’s good advice.

A few years ago when my company was running on T1 lines in many of our smaller offices, we decided to supplement the limited bandwidth with inexpensive broadband Internet. We had lots of experience with site-to-site VPNs, so we added VPNs across the broadband as a backup to the T1s, and also used the broadband Internet to offload local web-browsing. This worked well, until we decided to try using it to offload internal file sharing and other bulk data. We used QoS to classify the traffic and policy-based routing to send real-time traffic like voice/video over the T1s and everything else over broadband VPN. Keeping these policies in sync across a network of hundreds of offices was a nightmare. Within a couple of years, we ditched the complexity and upgraded to Metro Ethernet connections with more bandwidth.

A colleague once used the term “ruthless standardization” when planning our virtualization and storage infrastructure strategy. When you’re a small IT shop, you can get away with managing devices one at a time and naming things after your favorite Sci-Fi movie characters. But as you grow, standardization is key to keeping up with the workload. It is also an incredibly important stepping stone to automation and self-service. Build each type of device once, then automate the steps used to build it. Don’t manage a device by logging on to it individually, manage it through scripts and configuration management tools. Have a scheme for everything:naming schemes, numbering schemes. And put all your schemes in a database, CMDB or otherwise.

According to the head of the World Economic Forum, we’re in the midst of the fourth Industrial Revolution. Only this time, instead of mechanical power, electricity or mass production, we’re automating through computer algorithms and artificial intelligence. It’s hard to look in any direction and not see efforts to automate what we once thought were tasks that would always be manual. I still smile every time I deposit a check without leaving my house, even though I resisted depositing checks in ATMs for years. But now? Push a button and have any number of things delivered to your doorstep in hours. Drone deliveries. Self-driving cars. Soon autonomous drone vehicles.

Networking may be the last holdout, but it’s coming. In a few years, we’ll no longer have physical network devices. A firewall will just be a service running on a VM. Even network switches are being rethought. Robust REST APIs are the key to make all of your services work together. All network engineers need to learn to program and focus on automating repetitive network tasks by leveraging CMDB and workflow approval systems. Insist on vendors having robust APIs. Automation will allow requests to be fulfilled with zero-touch provisioning, or with a simple approval in cases where security and compliance are important. This will free up time to spend on more interesting research and development efforts that will directly influence the bottom line.

Big networks generate Big Data. The network has a treasuretrove of valuable data in it, just waiting to be turned into actionable intelligence. Storage is cheap. Start a Data Lake today and keep as much of the information your devices are generating as you can. It will help you predict demand, detect malicious activity, proactively identify problems, prioritize work, meet compliance requirements, improve customer service and even generate more revenue.

OCS Consulting: The "Bridge" Between Scientists and IT

89 Degress: Unleashing the Power of SAS

Cloudera: SAS-Unlocking the Value of your Data

Westat: The “-stat” In Westat Is Powered By SAS

Unlocking the Value of Connected Cars

Comprehensible Distribution of Training and Information...

The Current Focus is On Comprehensive Solutions

Big Data Analytics and Its Impact on the Supply Chain

Carmax, the Automobile Business with IT at the Core

The CIO's role in rethinking the scope of EPM for...

Transformative Impact On The IT Landscape

Get Ready for an IT Renaissance: Brought to You by Big...

Technology to Leverage and Enable

Speed is the Name of the Game

What It Truly Means For IT Security To Bea Business Enabler

Policy is a Key Solution to Stopping Packaging Waste

Congestion-Driven Basis Risk, A Challenge for the Development of...

However, if you would like to share the information in this article, you may use the link below: